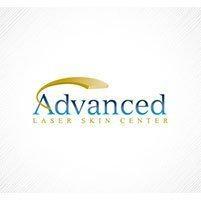 If you’re tired of using precious time every day to apply makeup or find it difficult to take on the daily makeup chore due to physical issues, a permanent fix with micropigmentation or microblading may be your solution. The expertly-trained and highly-qualified aestheticians at Advanced Laser Skin Center in Columbus, Ohio, can add color to your lips, expertly line your eyes, or fill in your eyebrows with pigment that looks natural and lasts for years. Call for an appointment today or use their convenient online scheduling service.

Micropigmentation and Microblading Q & A

Often described as permanent makeup, micropigmentation is also referred to as dermal pigmentation. It’s a process during which inorganic pigments are injected with very tiny microneedles into the dermal or second layer of your skin. Micropigmentation is suitable for enhancing the appearance of lips, eyes, and eyebrows. When applied by properly trained clinicians, the medical grade pigments used in this process actually appear more natural than most conventional cosmetics.

How is micropigmentation different than a tattoo?

While they may seem similar, the techniques and pigments used in tattooing compared to micropigmentation vary greatly, and the results are quite different. Tattoo machines reach a much deeper layer of the skin. This causes changes to the pigment and can lead to bluish or gray eyebrows and eye liners rather than true black or brown. Also, tattoo techniques do not provide the fine maneuverability that’s needed for obtaining the natural and multidimensional effects necessary for filling in eyebrows or correcting lip shapes.

Microblading is only used for filling in and reshaping eyebrows. A pen-like instrument is used to fill in your brows one line or “hair” at a time. This result is a very natural-appearing brow that lasts for several years without fading. It’s especially useful for men and women who would like thicker appearing brows without looking as if they’re wearing makeup.

Your initial appointment includes a detailed discussion about what you can expect during and after the procedure. It’s considered a permanent procedure and care is taken to ensure your expectations are met.

Microblading and micropigmentation are done in the office and are typically much faster than tattooing. Most patients find it very tolerable. Ointment is applied to numb the area before the procedure and may be reapplied during a session if necessary. Depending on the area being treated, a session generally lasts 30-60 minutes.

You can expect mild swelling afterward, and you may be given ointment to use on the treated areas for a time. Generally, your clinician wants to see you back within a week or two to make sure the desired effects were achieved. It’s sometimes necessary to have more than one treatment, and this is discussed in full at your original appointment.